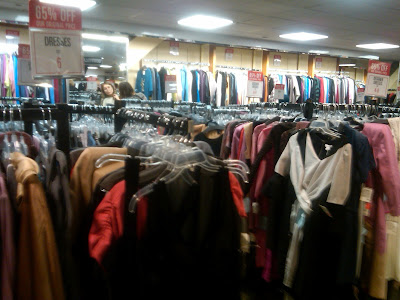 Despite being world renowned as the place for discount designer deals, Century 21 can be a difficult store to shop. The disheveled racks can be daunting and tourist shoppers can be, lets say, pushy. But when Century has a sale we just can’t resist the downtown flagship.

When you arrive, go straight to the third floor and turn right to find the European designer racks marked an additional 50% to 65% off. We suggest starting with the 65% off racks near the registers, where Giorgio Armani fans will be thrilled to find a couple racks discounted 85%. A chic long sleeve Alberta Ferretti dress is $161 from $459, while a silk sheath from their more affordable Philosophy di Alberta Ferretti line is only $70! A variety of Love Moschino and Cheap and Chic dresses ranged from $70 to $130 – even less than Aeffe’s sample sale prices. Overall, we did not see many original collection pieces, but there were plenty of designer’s secondary lines to shop.

Just looking at the wall of discounted mixed designer tops induces anxiety and should be avoided unless you have hours to shop. We found the racks of designer skirts and pants to be more fruitful, with a $128 Carolina Herrera skirt, $200 Lanvin silk trouser shorts and $50 Dolce Gabbana satin pants as highlights. Unfortunately, we saw more damaged clothing than not. Be sure to carefully inspect your pieces prior to checkout.

Before heading downstairs, don’t miss the 65% cut for designer jackets. Furs and shearlings remain at 50%. Skip the 2nd floor entirely since none of the designer accessories in the showcases are reduced. Make your way to the basement, and you will see walls of mostly Italian designer shoes for an additional 40% to 75% off. Walls of winter footwear are worth browsing for the prospect of $160 Derek Lam booties or $155 fur wrapped Cinzia Araia boots. On the racks, we saw lots of Missoni multicolored pumps ($175), Manolo slingbacks ($125) and Givenchy suede heeled sandals ($120).

A word for the wise – head to Century 21 sooner rather than later before all the best steeply discounted designer cloths are gone! Uptown gals should save on cab fare and head to the spacious and organized Upper West Side store, unless you miss fighting for your fashion downtown. 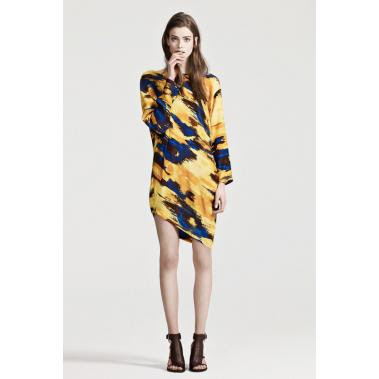 < Prev post
Kirna Zabete Sale For the past month we have been secretly stalking Kirna Zabete. The Soho department store is a virtual candy shop...
I Spy: Monclers on Sale Readers often ask us about getting discounts on hard-to-find-on-sale items. Uggs are one, Chanel is another but most readers want... 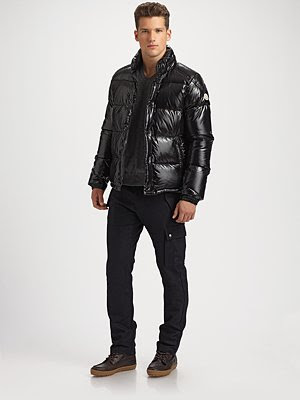