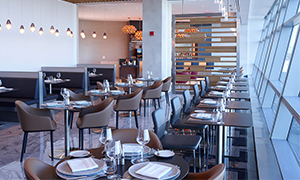 Flying is an interesting experience. It’s always exciting, a bit stressful and and sometimes horribly annoying. Like many travelers, I taken to arriving at the airport ridiculously early. After all, it’s torture to sit in traffic and watch the minute hand advance more quickly than your car. Just the thought of JFK traffic makes me shudder.

Airlines have gotten the message loud and clear and have made a huge effort to capture the audience of waiting travelers. First class travelers, in particular, have an abundance of indulgent pre-departure options. Noteworthy restaurants, bars and boutiques are making big a big splash at airports all over the world. As a matter of fact, arriving to the airport early is becoming something I look forward to and have started to orchestrate as part of my trip.

Foreign carriers have been ahead of the curve in creating a welcoming atmosphere for departing travelers. Cathay Pacific, Singapore Airlines, Qatar Airways and Lufthansa have all poured hefty amounts of money into revamping and modernizing their First Class lounges.

British Airways made a large investment in updating its U.K. terminals and recently announced a multi-million dollar redesign of New York’s JFK Terminal 7. The new upgrades will include an expedited check-in process with private areas for Club World and First customers, completely revamped lounges with pre-fight dining, and new gate seating.

Most recently, American Airlines launched their Flagship First Dining experience, at JFK airport. First Class travelers get to check-in at an exclusive private area of Terminal 8 and are treated to a unique food and beverage experience. All the food and drink ingredients, including the mixed drinks, are sourced locally and the recipes were conceived by acclaimed regional chefs and mixologists. As a matter of fact, the drink menu was created the famed Pamela Wiznitzer, of the popular Upper East Side bar, Seamstress.

We especially look forward to taking advantage of this airport update when traveling to not-so-far away cities, like London. Getting a wonderful dinner, while on the ground, gives you the opportunity to get a real full nights sleep in the air. (Maybe after just one glass of Champagne!)

American Airline’s Flagship First is scheduled to continue its airport concept rollout to include Dallas, LA, Heathrow, Miami and Philly. The food and experience will be different in each city and incorporate local flavors and dishes. (We will follow-up once we experience all seven cities and let you know which one is best. Just kidding!)

American isn’t the only, um, American Airline to upgrade. Late last year, United Airlines launched “United Polaris” in effort to transform the business class experience on the ground and in the air. The first Polaris Lounge was launched at Chicago O’Hare, in December. The airline partnered with Saks Fifth Avenue to offer an elevated experience in the air but on the ground travelers are treated to private daybeds, spa showers and premium dining. A Polaris lounge is headed to Newark too but there have been … “unexpected delays.”

As a jaded consumer, it’s always refreshing to see updates and increased amenities at an airport (or anywhere for that matter.) I’m excited to see the new trends in elevating the airport experience. Now, if someone could do something about that traffic to JFK I would really be trilled! 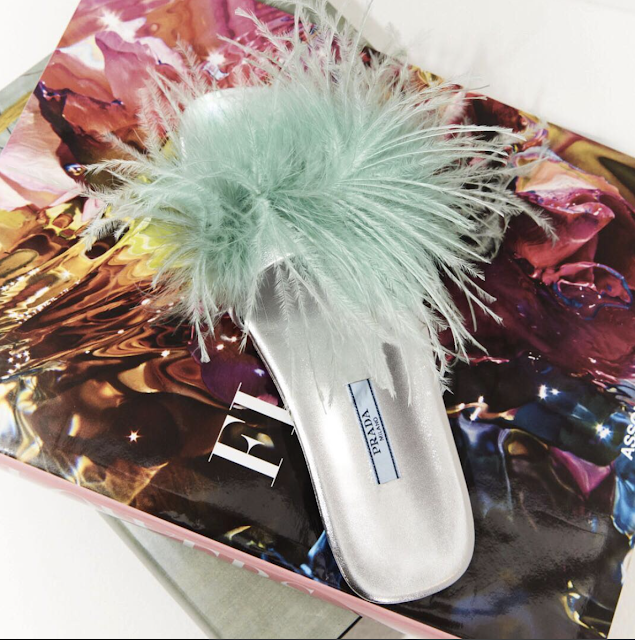 < Prev post
Neiman Marcus & Saks Take 2nd Markdown Neiman Marcus and Saks Fifth Avenue just started their second markdown today. Saks has cut prices up to 60% and tomorrow Neiman Marcus will offer an extra 25%...
Shopbop: Extra 25% Off Sale Just in time for the weekend, Shopbop is offering an extra 25% off sale items. The extra discount brings the ultimate...
Next post >