There is no arguing that this is the busiest shopping season on of the year. This year, Monday was the federal Christmas day-off, which meant that more people were free to shop December 26th sales.

The New York Post (12/26/11) dove reporting on the into what’s officially known as the biggest return day.

“Dec. 26 is way better than Black Friday,” said Delilah, founder of Madison Avenue Spy, a shopping blog. “Dec. 26 is to move merchandise. It’s do-or-die for the merchants . . . They close the books and have to answer to their shareholders.”

Earlier this week, The New York Post (12/23/11) credited your favorite deal catcher with finding the best of 11th-hour pre-Christmas bargains.

Deal blogger Lila Delilah at MadisonAvenueSpy.com has been keeping an eye on the best deals — and may have gotten one of the biggest bargains at The Gap, where she got some kids’ gloves for 75 percent off.

“They had gloves, children’s mittens, for $20 and I got them for $5,” she said.
High-end stores in the fashionable shopping areas of Midtown and the Upper East Side were also boasting big bargains.

At Yves Saint Laurent, prices were down 40 percent. At Bloomingdale’s, shoppers were finding prices cut by 25 to 50 percent.

At Salvatore Ferragamo, $760 men’s dress-leather zip boots were marked down to $494.

While you were preparing for the big holidays the New York Post (12/18/11) took a closer look at the typical mall stores that have opened on Fifth Avenue.  Forever 21, Uniqlo, Hollister, and H&M have all opened flagships on the avenue that is better known for $2000 blouses than $20 shirts.
Most experts believe that Fifth Avenue’s transition to a destination of high-low shopping is a good thing. After all, shoppers are increasingly matching their J.Crew tee with their Armani suits. Do you agree?

< Prev post
Saks After Holiday Sale If we had just one store to shop in on December 26th, we would choose Saks Fifth Avenue. Every year...
Shopping at Woodbury Common While some are celebrating 12-days of Christmas, we are still scouting out the best post-season shopping. Since we have already... 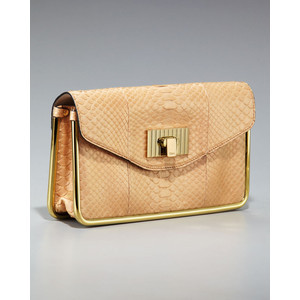 December 26th is historically the most popular day of the year for retail returns. You might have smiled when you...

Shopping in New York as a tourist is entirely different than shopping as a native. This month Travel + Leisure Magazine writer, Rachel Felder,...

Lila speaks to Luxaholics about how and where to negotiate for a better price. “Local stores are the easiest for negotiating...

Lila Dishes for the Boston Herald

It seems as if the bitter economy is taming the Bridezilla. Lila’s New York Times quote resurfaces in the Boston Herald as...

Lila speaks to Divas Die Poor about negotiating with retailers, how to get invited to private sales and, of course, where to go...

Lila Dishes for The National

Dubai just celebrated the opening of the tallest building in the world, started taking bookings for the first ever Armani...

Of all the purchases you have made in the past year, what really makes you happy? In the New York Times Sunday Business section, Stephanie...