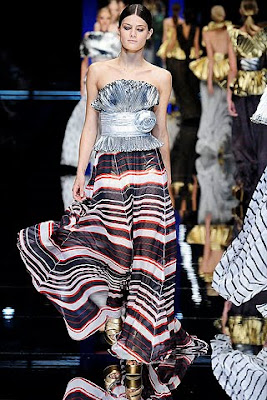 Spring merchandise has been in department stores for several weeks now but this month is when the discounters start receiving the best selections of the season. Our first stop was Filene’s Basement on the Upper West Side. The store is usually an excellent source for discount Missoni and D&G and this season was no different.

Moving past gowns, the Filene’s D&G collection appears to be mainly from the Spring 2009 RTW collection that was heavily weighted with nautical themed designs. A light weight tweed jacket is $200 from a suggested retail price of $575 and a sequined top is $199 from $1035.

Even though these prices are amazing, they do get better. Filene’s is known for their great markdowns with an extra 50% to 75% off. If there’s an item you really like now, however, the prices are truly good enough not to worry.

One more suggestion: Although we found a lot of great items on the Upper West Side, true bargain shoppers should head to Union Square where the selection and brand assortment is several times larger. 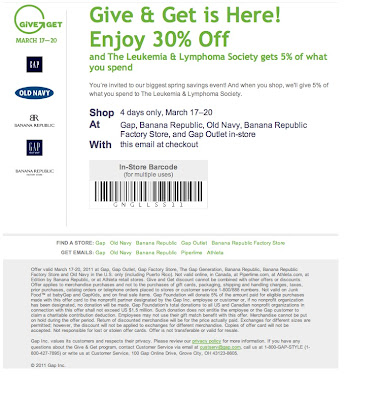 < Prev post
Gap Family Give Get For four days you can use the below coupon to save 30% at Gap, Banana Republic, Old Navy and their...
David Yurman Sample Sale The Hermes sale is later this week but women looking for real gems are going to want to check out... 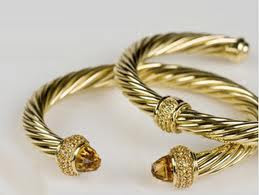