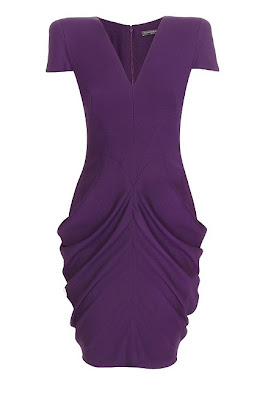 We are combing the city looking for the best deals. While there are only three shopping days left until Christmas, we know you need to keep to a budget. We’re telling you what discount to expect before you get to the store. So far, we’ve covered Madison Avenue, the department stores, Fifth Ave/57th Street and now we’re heading down to the Meatpacking district.

Adam: The fall collection is 40% and prefall is 65% off. There are only two racks of prefall merchandise but there are still four racks of clothing from the fall collection. Unfortunately, holiday and resort are not on sale.
Maya 212-229-2838

Alexander McQueen: The markdown is a reasonable 60%. Bags and shoes are running low but there is still a great selection of clothing from which to choose. We suggest shopping online to get an idea of what you like but then going to the store. The boutiques have a lot more inventory and a much better assortment.
Mosell 212-645-1797

Catherine Malandrino: The prefall collection is 60% off and fall is 40%. There is a wide assortment of dresses from the runway collection, which are included in the sale. There are still lots of sizes available but 0s and 2s are starting to run low.
Janette 212-929-8710

Jeffery NYC: Jeffery cut prices 40% on winter merchandise just last week. It’s going to be another week or two until another markdown is made. Shoes are always the fastest to sell at Jeffery. There are a few styles of Lanvin and Chanel shoes that are included in the markdown but most were sold out before sale season even started. You’re likely to have much better luck in the clothing section where there is still a great assortment of designers and sizes available.
Michelle 212-206-1272

Matthew Williamson: Everything is so much more colorful downtown but few designers are brighter than Matthew Williamson. The discount just dropped to 60% off and there are still a lot of great items available. There is word of a friends and family sale but we are told that wouldn’t be until February. Lets keep our fingers crossed.
Stephanie 212-255-9881

Moschino: There is still quite a bit of merchandise left over from Cheap & Chic and Moschino’s main collection even thought the discount is 60% off. The inventory for men is almost all cleared out but women looking for great looking coats are in for a jolly holiday.
Justin 212-243-8600

Ports 1961: The markdown is still only 30% off but last weekend there was a promotion where coats and sweaters were 50% off. We are told that the coat and sweater deal will still be honored but we aren’t sure for how long. We suggest holding out for friends and family, which usually entices customers with a 70% off discount sometime in January.
Heidi 917-475-1022

Stella McCartney: The fall/winter collection is 60% off, which is considerably better than the 40% to 50% markdown from last Christmas. Unfortunately, there is less merchandise this year. As usual, Adidas merchandise is not on sale but there are plenty of knits, trousers and blouses. Most of the coats that made it to discount season are already gone.
Jason 212-255-1556

< Prev post
Pre-Christmas Sales on 5th Ave and Across 57th St We are in the Christmas shopping home stretch. We have briefed you on happenings along Madison Avenue and in our local department stores ....
Christian Lacroix 80% Off The 57th Street Christian Lacriox store is running a sale where discounts range from 50% to 80% off. No, this... 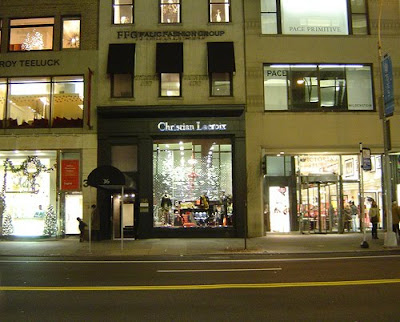 2 months ago Yoox: Designer Deals Up to 80% Off

2 months ago Bergdorf Goodman: Extra 20% Off