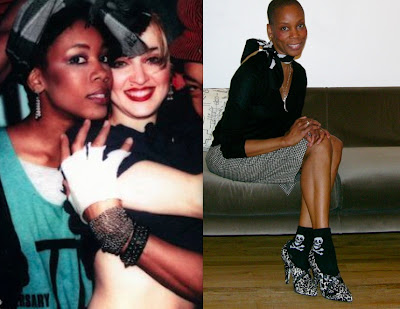 The New York of the 80s almost seems like a different world. Artists honed their skill on subway cars, models were muses and personal style was as unique as your DNA. If you don’t believe us, just ask Erika Belle.

Erika who? Erika Belle! She is kinda like Madonna’s Gayle King, except with a hell of a lot more style and talent. Erika and Madonna met way back when disco clubs were for dancing and stars could be born from the turntable of a DJ’s booth. Together they danced, grooved, raided each other’s closets and even shared shoes.

Erika was a featured dancer in five of Madge’s videos: Everybody, Lucky Star, Poppa Don’t Preach, Holiday and True Blue. In addition, she designed the clothing for Like a Virgin and Burning Up. Back in the day “you had to create your own look,” Erika explains. “There were few places to go to buy the things you wanted.” The goal was to get into clubs for free and ultimately snag free drink tickets. “It could change your life,” she says.

Since the days of Fiorucci and Parachute Pants, Erika has worked with Yohji Yamamoto, curated art and is currently an integral part of Sigersson Morrison. (Don’t you love how she is rocking those pony fur shoes?) Erika admits that both her and Madonna have a lot more designer clothing than they did when they were hustling drink tickets. At the same time “fashion is more immediate today. You have the Internet and H&M. You can just buy the look,” Erika says. “Back then, the look was a lot more individual. Nobody wore jeans.”

Erika admits she only recently purchased her first pair of jeans. Other Erika shopping secrets? Hugh Grant fell hard for Erika’s pink Chanel suit, which she purchased at a vintage store for $10 and that’s not it. Let us know what you think of Erika’s individualized view of fashion.

What’s your most prized deal?
A vintage, pink boucle and mint condition Chanel suit that fit perfectly. I found it at a thrift store for $10, no less! Ok, it was Brooklyn, but that is still NYC. The actor, Hugh Grant asked me out a few years ago when I was wearing this suit. His opening comment was, “What a great suit.”  I declined going out with him. (I’m kinda dumb sometimes-‘cuz he was truly very handsome and charming). I think he was dazzled by the suit. I know I still am.

Biggest regret that you didn’t purchase?
A loft in Soho in the 80s for $10,000! That was the going rate then. Ugh! Fashion wise, my biggest regret was not purchasing a pair of Sigerson Morrison white patent leather boots that went to the knee and had a one inch black patent leather stripe down the center of the back! I pick out outfits to wear with these boots even though I don’t own them. Yup, I’m codependent with a pair of boots. I’m absolutely heartbroken about it.

This season you are looking for…
The perfect hat. I need to go down to The Hat Shop, on Thompson Street, and ask the lovely owner, Linda what she has for this season. She’s my favorite NYC milliner. I also get at least one Mischa Lampert hand knit wool hat each winter. I have very short hair, so I need a hat for warmth.They are they warmest hats in the world.

What’s your number one shopping tip?
Before I purchase anything, I imagine myself in the item. I am NOT the owner of a plaid bustier because of this trick.

Is there an item for which a shopper should never mind paying full price?
Shoes! Great quality shoes need to be current season. They need to fit and you need to wear them as soon as they hit the floor. I can play “catch as catch can” with clothes, but never shoes. My Sigerson Morrison over-the-knee black boots ARE my outfit. 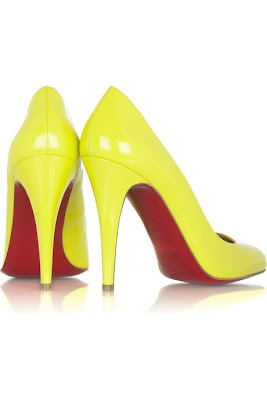 < Prev post
Louboutin Sample Sale Rumors We have received information about the upcoming Louboutin sample sale but the dates have not been officially conformed. Our spies...
Manolo Sample Sale We are told the not-so-secret Manolo Blahnik sample sale will take place on the same day as the Louboutin’s sample sale — Thursday,... 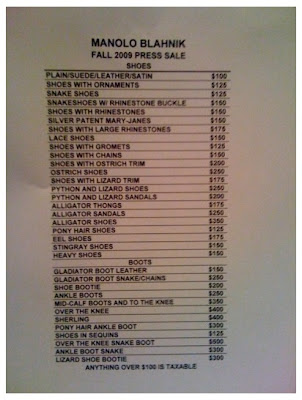