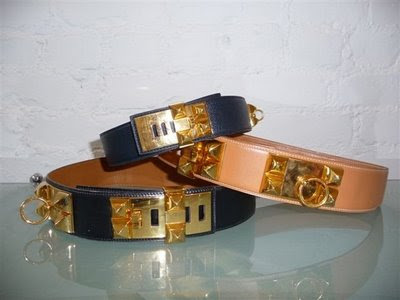 We’ve all heard enough about Birkin Bag waiting lists to incite champion teenage eye rolling but Hermes bags are not the only item causing woman to clamour. During a casual conversation, a friend mentioned she could not get hold of the famous spiked Hermes belt, Collier de Chien .

Could it be true? Well, for the most part. It appears that there has been a run on small sizes of Collier de Chien belts (that’s under 90cm or 35 inches) with black leather and gold hardware. The $1850 belt is sold-out around the country, and yes, the world. We tried calling Italy, Moscow, London, France and Japan and there’s not a single belt in the desirable black/gold combo.

As a matter of fact, the Madison Avenue boutique has been sold out of the gold/black Collier combo since May. A Beverly Hills sales specialist told the same story adding, “Here, in Beverly Hills, the women are very small.” In Paris, the smallest size is 95mm or 37 inches. Japan only has belts with brown leather and gold hardware and Moscow only has belts with silver hardware.

Fall shipments are beginning to hit Hermes stores but now there’s a list, of course. If you want to make a spacial order you can get your belt in six to nine months. Who knew the incubation period for a belt would be the same as a baby? But really, are you surprised? It’s Hermes.

< Prev post
Mikimoto Sale Review Today Erin Jeen headed to the Mikimoto sale and this is what she had to say: I got to the...
ABC Carpet & Home Summer Sale ABC Carpet & Home is a virtual candy store of design. Inside you will find the best of modern, traditional and antique furnishings, glittering... 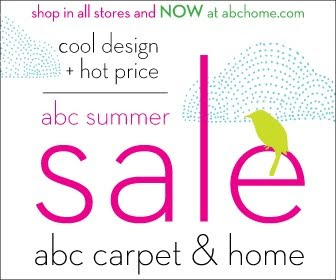