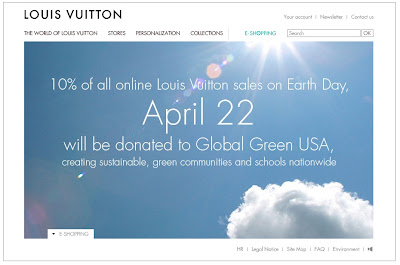 Shoppers of the luxury house’s website are mistakenly reading that Louis Vuitton is discounting all web sales 10% for Earth Day. After further inspection the text clearly states that a portion of sales will be donated to Global Green USA.

Believing our own eyes might be going senior we enlisted the peepers of several volunteers and asked them to read the top line of image out loud. Every participant digested the text as saying, Louis Vuitton is offering an Earth Day discount. Most readers needed to read the full text at least three times until they understood the meaning correctly.

Do you think this Earth Day illusion is intentional or unintentional?

Oh, and for the record, Louis Vuitton hosted a similar promotion last year but 15% of sales were donated to The Climate Project. 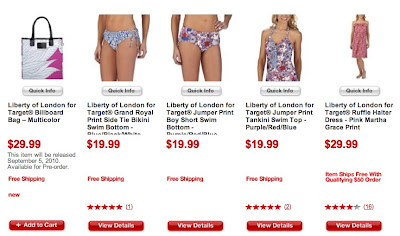 < Prev post
Target’s Liberty of London, Part Duex? Target is still in full bloom with Liberty of London’s bright floral patterns and we are anxiously awaiting a markdown....
Manolo’s Secret Sample Sale Put your foot on the gas and hold on to your pumps. The secret Manolo Blahnik Spring sale is back...