The retail environment is about to get a lot worse as CIT Group, the leading financing company to the apparel industry, looms on the brink of bankruptcy. In a last ditch effort to remain solvent, the bank applied for a second round of government bailout money. Their application, however, is expected to be denied.

What does this mean to a company that creates more than $60 billion in finance and leasing to small and middle market businesses and is the largest factor to the garment industry?

One mid-sized clothing manufacturer we spoke to said that if things don’t clear up, and clear up fast, they might as well just hang a gone-out-of-business sign on the door because, “If they go bankrupt we go bankrupt.” The sentiment is the same all over town.

It’s going to cost Seventh Avenue a lot of money to weather this storm. First, apparel companies will have to overcome the fact that they may never receive the money CIT Group collected on their behalf for the previous season. Then if they can get past that– which many companies can’t– they will have to borrow money at a higher percentage from smaller banks. These higher operating costs are occurring at the same time as retailers are asking brands to lower prices.

Higher costs and less profits mean that many of out favorite brands will not exist when we start our Christmas shopping this year. For this reason lets hope CIT Group doesn’t go down the same path as Lehman Brothers. 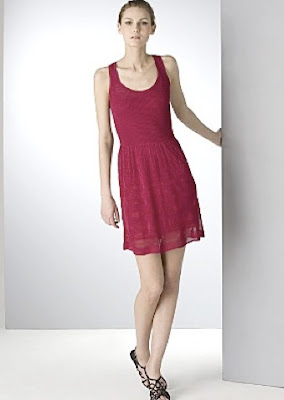 < Prev post
Bloomingdales Clearance Sale Bloomingdales has started their clearance sale where designer duds are up to 85% off. Brands like Armani, Ralph Lauren and...
Lila Dishes for the Boston Herald It seems as if the bitter economy is taming the Bridezilla. Lila’s New York Times quote resurfaces in the Boston Herald as...
Next post >