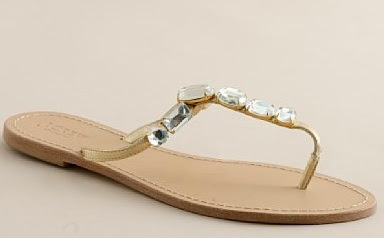 Even when a store shifts its focus it’s sometimes hard to break old stereotypes. Take J. Crew as an example. The store in no way resembles the old catalogue house from decades ago. However, for some reason it’s hard not to classify the company with other mail order stores like, LL Bean and Eddie Bauer.

Our first introduction to J. Crew was the store on Madison– a smart corporate move since it’s one of the only retailers on the Avenue that consistently has a steady flow of customers. Our second orientation was though First Lady O, who we admire for not depending on the “status” quo to look great. After, we heard that a Crew Cuts was opening in Carnegie Hill and we were sold.

Following some very through investigating we found out that the Madison Avenue store does not participate in sales. One associate told us that the company, “rather ship the merchandise to another store than mark it down here.” So off to another store we go. Well, to the web, that is.

Today J. Crew online started what they call, “Final Sale.” It’s scary – no returns. no exchanges- but the discounts are significant. We found a crystal flower ring that was $50, marked down to $29.99. We really like a pair of Prada-like jeweled flat sandals that were $238 and are now reduced to $110.

Hmmmm…For $135 more we can just get the real Prada sandals. Well, it’s your call.

< Prev post
Lila Dishes for Divas Die Poor Lila speaks to Divas Die Poor about negotiating with retailers, how to get invited to private sales and, of course, where to go...
Tom Ford Half-Off You may think that high-end women’s wear is expensive but the prices of women’s clothing and accessories pail in comparison...