Everyone knows that magazine circulation is dying. So magazines are trying to do everything they can to get attention, even if it means reality TV. Marie Claire, for example, launched a reality show on the Style network called, “Running in Heels.” This docu-drama gives viewers an inside look into the personal and professional lives of its editors, interns and senior staffers.

We think an episode with an inside view of the snatching Nina Garcia from Elle would have been riveting enough but the content they put together is a lot more entertaining than you would imagine.

Yes, there are a lot of interns crying– been there done that– lots of snide and demanding senior staffers– been there too– and yes, the editors are attempting to set the tone. The combination is very entertaining.

Running in Heels is no Gossip Girl but it’s much better than MTV’s The City. Here’s a link to the premier episode, which can be viewed in its entirety here.

< Prev post
Banana Republic 30% Off Our friend, Absent, is still off in Tokyo hanging out in members only clubs that requires a retina eye scanner...
Salvatore Ferragamo Sample Sale We are getting two thumbs up reviews from the Ferragamo sample sale. The lines have ranged from massive to short....
Next post > 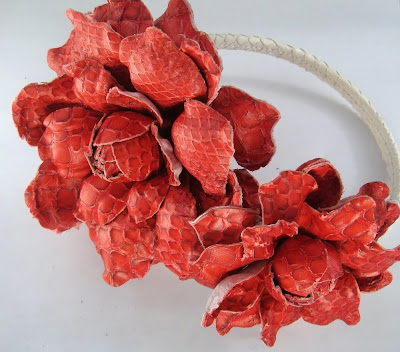 Spring, more than any other season is a time that trends are defined. I think it has to do with...

I’ve been in love with these Christian Louboutin shoes all season. What do you think?

In this hectic world we live in it’s so easy to forget to take care of yourself. However, I believe...

Think of how much thought you put into what goes into your luggage: shoes with personality, bags that have their...

Every girl needs a pick-me-up after a long day of shopping. On 69th street– just West of Madison– there is...

Fancy cloths and expensive accessories mean nothing unless you know how to pull yourself together. The first step, of course,...

When it gets this hot in the city most of us Madison Avenue girls skip town for the beach. If...